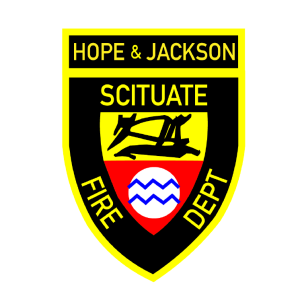 COVENTRY- David C. Dugdale, 80, of Coventry, passed away in the early morning hours of Tuesday, May 31, 2022, in the presence of the love, comfort, and care of his wife of 50 years at Rhode Island Hospital in Providence. He was the devoted husband to the love of his life, Claire Y. (Breault) Dugdale, who he married on September 18, 1971.

Born on June 3, 1941, in Providence, David was the eldest of three children born to the late Chester W. and Eva M. (Giroux) Dugdale. He grew up in the Olneyville section of Providence, then when he turned ten, David and his family relocated to Hope. He attended Scituiate Public Schools and was a graduate of Scituate High School.

A hardworking man, David worked for nearly 35 years for the Scituate DPW. He began as a Truckdriver, where he would pave, plow, and help with tree removal. With his work ethic being noted, he quickly rose through the ranks of the DPW, eventually becoming the Assistant Director. David retired from his position with the DPW in 2003 with nearly 35 years of service to the Town of Scituate.

David was a lifelong member of the Hope-Jackson Fire Station, where he was also the Treasurer. He was too a member of the EMA for the Town of Scituate.

In his spare time, David enjoyed amassing a large stamp collection, listening to country music and music from the 1950’s, and also working on his cars. Above all, David treasured time spent and memories made with his dear family.

In addition to his wife, David is survived by his daughter: Darlene M. Buxton and her husband Jason Neiwert; his granddaughter: Alexis T. Buxton; his sister: Patricia Aruda; and also nieces, nephews, and extended family members.

In addition to his parents, David is predeceased by his brother: Robert Dugdale.

A Mass of Christian Burial will be held on Friday, June 3, 2022, at 10:00 am in St Peter & Paul Catholic Church, 48 Highland St., West Warwick, RI. If you plan on attending the Funeral Mass, please go directly to the church. Burial will be at St. Peter and Paul Cemetery, West Warwick.

Visitation is respectfully omitted. In lieu of flowers, donations in David's memory may be made to Hope Health Hospice directly at https://www.hopehealthco.org/ways-to-give/donatenow/

To send flowers to the family or plant a tree in memory of DAVID C. DUGDALE, please visit our floral store.

A Memorial Tree was planted for DAVID

Join in honoring their life - plant a memorial tree