Share a memory
Obituary & Services
Tribute Wall
Read more about the life story of MARIE and share your memory.

MCKENNEY, MARIE (KANELAKOS) 94, of Judy Terrace, West Warwick, passed away at the Hope Health Hulitar Hospice Center in Providence on Sunday, January 22, 2023. She was predeceased by her husband Patrick McKenney in 1995. Born in Providence, she was a daughter of the late John and Veneta (Loupos) Kanelakos.

After graduating from High School in Pawtucket, Marie had a long and gratifying career in the hospitality industry. She began as a waitress at her family’s restaurant in Pawtucket, the former Crescent Grill. Marie went on to employment at the former Eddy’s Diner in Providence, Mr. V’s in Coventry, before serving at the Cowesett Inn in West Warwick from 1978 until her retirement in 1999. Above all, Marie loved to spend time with her family.

Marie was the mother of retired RISP Captain Ernest P. McKenney and his wife Danielle of East Greenwich, and Cheryl M. McKenney of West Warwick. She is also survived by many nieces, nephews, great-nieces and great-nephews. She was the sister of the late Bertha Pitarchas, Catherine Rosaki, Lillian Crowther, Christine Dalby, Gus Kanelakos, Ernest Kanelakos, and Peter Kanelakos.

Relatives and friends are invited to a Funeral Service on Friday, January 27, 2023 at 10:00 am in the Annunciation Greek Orthodox Church, 175 Oaklawn Avenue, Cranston, RI 02920. Interment in North Burial Ground Providence will be private. In lieu of flowers, donations in memory of Marie may be made to: The Hope Health Hulitar Hospice Center, 1085 North Main Street, Providence, RI 02904, attn: philanthropy and Alzheimer’s Association, 225 N. Michigan Ave, Fl. 17, Chicago, IL 60601. Arrangements are with the Iannotti Funeral Home at Maple Root in Coventry. iannottifh.com

To send flowers to the family or plant a tree in memory of MARIE (KANELAKOS) MCKENNEY, please visit our floral store. 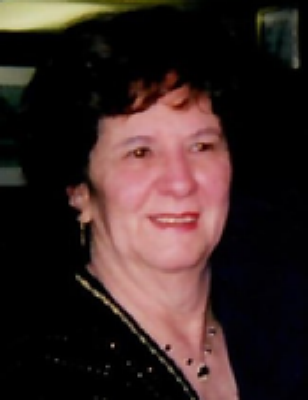