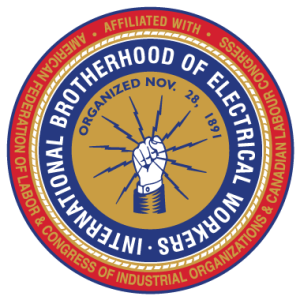 COVENTRY- Mark C. Nason, 86, currently of Orono, ME and West Palm Beach, FL, and former longtime resident of Coventry, entered into eternal rest on the morning of Friday, April 29, 2022, surrounded by the love, comfort, and care of his children at Brookdale Center of New England. He was the devoted husband for 67 years to the love of his life, the late Joanne L. (Flewelling) Nason, who passed away on February 17, 2022.

Born on May 31, 1935, in Houlton, ME, he was the son of the late Vernon R. and Geneva (Cain) Nason. Mark spent his youth growing up in Littleton, ME. It was during high school that Mark caught the eye of a nice young woman, who would become his high school sweetheart and wife of 67 years.

Shortly after graduation from high school, Mark decided to obtain a career in the trades. Having a fascination for the power of electricity, he decided to pursue a career as an Electrician. He began his apprenticeship with Sullivan & Merritt, which was a Union Shop with IBEW Local #1253, Augusta, ME. After the completion of a four year apprenticeship, Mark obtained his Electrical Journeyman License and joined his longtime employer, Fishbach-Moore, Inc. With a great work ethic and the desire to better himself, Mark quickly rose through the ranks at FM, Inc. His positions in the company included Journeyman Electrician, Foreman, Superintendent, and he eventually was promoted to the most senior role on the job site, Project Engineer. Working as a PE, Mark oversaw jobs at various sites around the country, including the ACI in Rhode Island, Mass General Hospital and Prudential Building in Boston, and even the construction of oil rigs in Alaska.

One of Mark’s proudest achievements was being a 60+ year dedicated member of the IBEW Electrical Union. An ardent supporter of organized labor and the benefits they provide their members, Mark worked many long hours and days to ensure that he was able to provide a great life and home for his family of six children.

A reverent follower of his Lord and Savior, Jesus Christ, Mark was a devout Baptist. He belonged to Maple Root Baptist Church, a house of worship which always held a special place in his heart. Throughout difficult times and losses in his life, Mark looked upon his faith to guide him through his most difficult days. He would never lose hope, and too, planted seeds of  optimism and inspired others who were faced with their own obstacles.

In his spare time, Mark loved to travel around to various yard sales. He was quite the “bargain hunter” and he often found the hidden treasures at the sales. He liked spending time in Florida with his wife and he made many wonderful memories with her as they would drive up and down the East coast in their travels. Mark was a frequent visitor of fairs including the Freyberg Fair and the Washington County Fair, where he would participate in the tractor pulling competitions. He enjoyed puttering around on his boat in Bangor Harbor and Turtle Cove and he spent time camping in his 5th wheel camper in Maine and Galilee. Above all, he was most happy when he was in the presence of and making memories with his dear family, especially his grandchildren and great-grandchildren.

In addition to his parents, Mark is predeceased by his dear daughter: Sarah J. Bell.

Relatives and friends are invited to attend Mark’s Celebration of Life Service on Tuesday, May 3, 2022, at 11:00 am in Maple Root Baptist Church, 150 Harkney Hill Rd, Coventry. Visitation will be held at the church prior from 10:00 am to 11:00 am. Burial for both Mark and Joanne will be held at Knotty Oak Cemetery, Coventry.

To send flowers to the family or plant a tree in memory of MARK C. NASON, please visit our floral store.