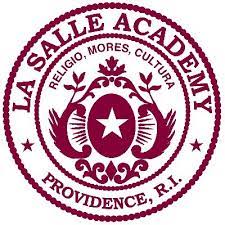 Born in Providence on May 7, 1938, to John C. and Eleanor (Martin) McLaughlin. Walter was taught by The Sisters of Notre Dame at St. Teresa’s School and lived his young life in the Olneyville Section of Providence. His father committed suicide in 1950 leaving Walter and his mother to do for themselves. Walter’s hero was the late Fr. Peter J. Gibbins, his Pastor, who took Walter under his wing and paid his tuition to LaSalle Academy where he graduated in 1957.

Early life was hard for Walter who worked many jobs; peddling papers, Murphy Caterers, and driving tow trucks for Bill Mullins to help his mother with their expenses. He loved baseball and somehow managed to play on C.Y.O, Parish Twilight, and American Legion teams. His jobs however prevented him from playing sports at LaSalle, which was a disappointment. In his Junior year at LaSalle, he was given a job as an errand boy at the Cranston Print Works Company and to  play on the company softball team. He became a star of the team which led to his promotion to Cost Analyst in the company’s main office. The Company Treasurer/VP became Walter’s Mentor.

In 1960, Walter joined the RI Air National Guard serving as Sgt. Air Policeman in the 143rd Tactical Airlift Group. After his active-duty service, he returned to work at CPW.

He also enrolled at Bryant College in a degree program in economics. He became Credit Manager of CPW and became a member of the RI and NY Associations of Credit Management. His time was spent working between CPW’s New York sale’s office and Rhode Island.

In 1965, he accepted a position as a Credit Officer for a large Boston bank and he was married the same year. In late 1966 he was recruited by Old Stone Bank in Providence for his credit background. He continued his studies at Bryant  at night. He became Manager of the bank’s Empire St. Office.

Over the years, Walter’s outgoing personality led to many happy hours and his drinking became a problem, which led to his dismissal from the bank and a divorce in 1969. He recovered in 1970 through AA and joined a team to start Domestic Bank where he worked until 1974 when he left to start McLaughlin Automotive Stores. Over the years, the company became a leader in auto parts distribution, employing over 100 people in its warehouse and 8 stores. He also started and sold two other businesses. In 2011 McLaughlin Automotive Stores was sold to Fisher Auto Parts of Virginia and Walter and Wanda retired.

During his long career, Walter served on many boards and commissions. His term on the National Automotive Service Industry Association gained him national exposure and helped his company a great deal for many years.

Walter had two loves. First his wife Wanda with whom he enjoyed having many horses, dogs, and cats at their home on Johnson’s Pond. They enjoyed their card games, boat rides on the pond, cookouts with friends, and many cruises and trips to Europe. Walter said he could not have achieved success without Wanda as she was his true partner.

Walter’s second love was his Alma Mater, LaSalle Academy. He served on LaSalle’s Board for many years and was Chairman from 1997-2000. LaSalle’s Athletic Center is called “The McLaughlin Athletic Center” in his honor.

Walter said, “LaSalle created good Americans” and he encouraged his classmates and friends to support the school.

Walter and Wanda are people of faith who appreciated God’s Blessings on them. Walter always said, “We did not get cheated.” Walter’s life was well spent.

In lieu of flowers, donations in Walter’s name may be made to the Walter F. McLaughlin Scholarship Fund, Lasalle Academy, 612 Academy Avenue, Providence, RI 02908 or directly at https://lasalle-academy.myschoolapp.com/page/alumni/give-now?siteId=900&pending=true&cached=false

To send flowers to the family or plant a tree in memory of WALTER F. MCLAUGHLIN, please visit our floral store.