Share a memory
Obituary & Services
Tribute Wall
Read more about the life story of WAYNE and share your memory.

Wayne Allan Smith passed away on February 11, 2021 at Miriam Hospital in Providence, RI.
Wayne Allan Smith was born on April 4, 1942 to Maynard Smith and Hazel Mary (Maynard) Smith in Providence, Rhode Island. Wayne was the oldest of three children; he had two sisters, Lynda Puglia and Beverly Luz.  Wayne was born prematurely and his early arrival into the world set a tone that he kept his entire life as Wayne was always early or on time.
Upon graduating from Hope High School in Providence, RI, Wayne proudly enlisted in the United States Air Force. Upon serving his term, he returned home to RI where he connected with the love of his life, Sherron (aka Sherry) Holburn. At the age of twenty-two, Wayne proposed to Sherry and the two secretly eloped. Their secret was very short lived as they couldn't contain the love and joy that would carry them through for the next fifty-seven years of marriage.
Although Wayne earned college credits during his tenure in the Air Force, once back stateside he enrolled at the University of Rhode Island. Always the multi-tasker, Wayne began his career at Raytheon while he was earning his Bachelor of Science in Business Administration. Six years after marrying, Wayne and Sherry were blessed with their eldest daughter, Laurie, followed by Tricia and then Heather. To add to the fray of working full-time hours at Raytheon and being a devoted husband and father to three young girls, Wayne decided to work towards his Masters in Business Administration from the University of Rhode Island. As his career and home life flourished, Wayne decided to put his graduate studies on the back burner with only a few credits shy of earning his MBA.

Wayne loved to tell stories and jokes, jog, play cards with friends, and dance with Sherry. He loved nothing more than to see her laugh and would go to great lengths to make her smile and show his children how much he loved them. He would coach his daughters' softball teams, throw pool parties, and play catch with the family german shepherd or golden retriever. He loved a cold beer or Coca Cola and would sing and whistle while he worked in the yard. Wayne was always very organized. He made countless lists, recorded data in his small notebook on the gas mileage of the family's cars, how long it took him to grill a burger to perfection, and run a couple of miles He tried to impose his lists and love of numbers on all family members and wasn't as successful as he probably would have liked to have been with his then teenage daughters' record keeping of their own gas mileage.
The above traits served Wayne very well in his thirty-nine years as a Defense Missile Contractor for Raytheon. Every day Wayne would leave for work before the sun would rise, neatly dressed in his suit and tie, armed with his pocket protector filled with his gold cross pen and pencil set and his trusty calculator. He told his children about the daily virtue of being the first in the office every morning and how this enabled him to come home every evening to eat Sherry's home-cooked meals with his family.
Wayne was fair, logical, a straight shooter, and would sometimes soften the blow with his quick wit and sarcasm. The demands of his career led him to move his family from MA to Bristol, TN then to Harvest (Huntsville), AL. He and Sherry made dear friends along each step of their journey together. Wayne was proud of the work that he did every day, but nothing made him more proud than his children and eventually his grandchildren.
Wayne was "Poppy" to Bradley Watson (of TN), Harrison and Gabby Rogers (of KY), and Neala and Liam Thompson (of NY). With Sherry by his side, the two of them showered their grandchildren in an incredible love.
Sherry and Wayne moved back to their home state of Rhode Island where they lived together until Sherry's passing from complications from Alzheimer's. A day after Sherry's death, Wayne contracted Covid at their nursing home. He fought a hard battle in the hospital for a little over a week and then passed on to reunite with his soulmate Sherry.
Wayne is survived by his eldest daughter, Laurie Smith-Reeder and her husband, Michael Reeder of South Carolina, Laurie's stepson, Bradley Watson; his middle daughter, Tricia Rogers of Lexington, Kentucky, Tricia's children, Harrison and Gabby Rogers; his youngest daughter, Heather Smith Thompson and Heather's husband Matthew Thompson of Pelham Manor, New York, and their two children, Neala and Liam Thompson.  Wayne is also survived by dear friends in many states and his beloved sisters, Lynda Puglia of Narragansett, RI and Beverly Luz of West Warwick RI and their loving families.

Visitation will be held Saturday, July 10, 2021, from 8:15 AM to 9:15 AM at the Iannotti Funeral Home at MAPLE ROOT, 2000 Nooseneck Hill Road (RTE 3), Coventry. Committal prayers with full military honors at the Rhode Island Veteran's Memorial Cemetery, Exeter, will follow. Memorial donations may be made to the Alzheimer's Association (Alz.org). Arrangements are by Iannotti Funeral Home.

To send flowers to the family or plant a tree in memory of WAYNE A. SMITH, please visit our floral store. 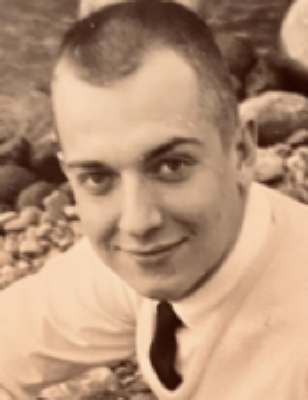