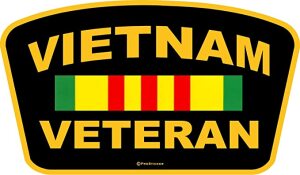 WEST WARWICK- William T. “Bill” Keating, 73, of West Warwick, formerly of Philadelphia, PA, passed away on Saturday, November 6th, 2021 at Greenwood Nursing Home, in Warwick. He was the devoted husband to his wife and the love of his life, Debra I. Keating, to who he was married for 33 wonderful years.

Born on August 27, 1948, in Philadelphia, he was one of two sons born to the late Daniel and Dorothy (Donahue) Keating.

A proud and patriotic man, Bill was a veteran of the United States Army, serving during the Vietnam Conflict. He served from 1968 until his honorable discharge in 1971, where he achieved the rank of SP 4. Bill reverently received the National Defense Service Medal; Vietnam Service Medal; and the Vietnam Campaign Medal.

For over 20 years, Bill worked as a Pipefitter at Electric Boat Corp., in Groton, CT. Following his time at EB, he also worked at Toray Plastics as a Forklift Operator, until his well-deserved retirement in 2007.

In his spare time, Bill was an avid photographer. He particularly liked taking photos of nature settings and also his family portraits. He would often watch NFL games, with his favorite team being the Philadelphia Eagles; he was proud to see them win a Superbowl in recent years. Bill had a talent for woodworking, and he had a workshop in his basement in his home to craft his projects. Above all, Bill enjoyed being a “home body” and spending time and relishing the company of his beloved wife, children, and grandchildren.

In addition to his wife, Bill is survived by his five children: Michele Jackman; Cristine Mallett; Rachel Mallett; Rae-Dee Mallett; and Raymond Mallett, all of West Warwick. He was the dear grandpa to his ten grandchildren and his soon to be great-grandchild. He will be fondly remembered by his brother: Daniel Keating; and his two nieces.

Relatives and friends are invited to attend Bill’s memorial visitation, on Tuesday, November 16, 2021, from 10:00 am-11:30 am, at the Iannotti Funeral Home, 415 Washington St. (Rt.117), Coventry. A Funeral Service will immediately begin at 11:30 am, in the funeral home. Committal Prayers with Military  Honors will take place at the Rhode Island Veterans Memorial Cemetery, Exeter.

To send flowers to the family or plant a tree in memory of WILLIAM "BILL" T. KEATING, please visit our floral store.